Skip to content
Home/Uncategorized/How to deal with the inner critic?
Previous Next

How to deal with the inner critic? 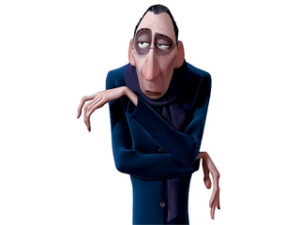 The inner critic is that critical thought (words, sentences) that we address to ourselves. Working with the inner critic starts with realizing in what situations we have to deal with him, how he manifests, what sentences he is using and what is his intention. We also work on identifying how it feels to be criticized, what would we do if we weren’t criticized, from doing what is it stopping us. We look for a way to fool him.

In Process Oriented Psychology we look for a character that can conquer the critic. We look for the qualities and powers that allow him to do it, we play this character (this may be a symbolic figure from fairy tales, mythology, film, etc) and try to feel his power so that we can use it in our life, especially in situations of self-criticism.

Working with the critic usually also includes cognitive aspect, that is, we realize the critical belief, we check to what extent it is true and transform it in a way that it is closer to the truth and will support us, instead of limiting. For example: “I can’t do anything right, I’m hopeless. ” After a while of reflection, we will probably discover that this idea is not entirely true, because a few times in our life we have succeeded. You can also “ask” a critic what it really means that “I am hopeless” and further transform this sentences that are not true but for example generalization.

During the psychological work, we often find that the voice of the critic is the voice of our parents,  teachers, friends or partners from an earlier life. This insight is usually accompanied by releasing of emotional load that arose earlier on and unconsciously, in an unfinished way have accompanied us  throughout our lives.

About the Author: Developer

We Can Deliver On Projects